This was a final project for my Interaction Design class of 2015, at Tec de Monterrey, Campus Monterrey.

We designed and prototyped an accessibility app to help visually impaired students and visitors find their classrooms and navigate around campus.

Through multiple empathy sessions and interviews, we immersed ourselves into the lives of visually impaired students so we could learn about the struggles, needs, tools and lifestyles of people with both partial or total blindness so we could design an appropriate and relevant solution for our target users.

During these sessions, we tested many different models and prototypes (such as covering our eyes with bandanas and having another team member dictate directions through a radio), and applied many Design Thinking methodologies to come up with the final deliverable.

The proposed model suggests the use of Bluetooth beacons, the integrated device's compass and GPS radio to triangulate the user position and heading throughout the campus.

By means of an iOS app, enabled by Voice Over, users would be able to use their phone as a turn-by-turn navigation system, but instead of displaying a route on display, it used a very subtle radar-like chime (similar to that of a submarine) and text-to-speech to orientate the user about their current location and proximity to their destination.

The design was made specifically to be used with Voice Over and the volume buttons as means of interaction. 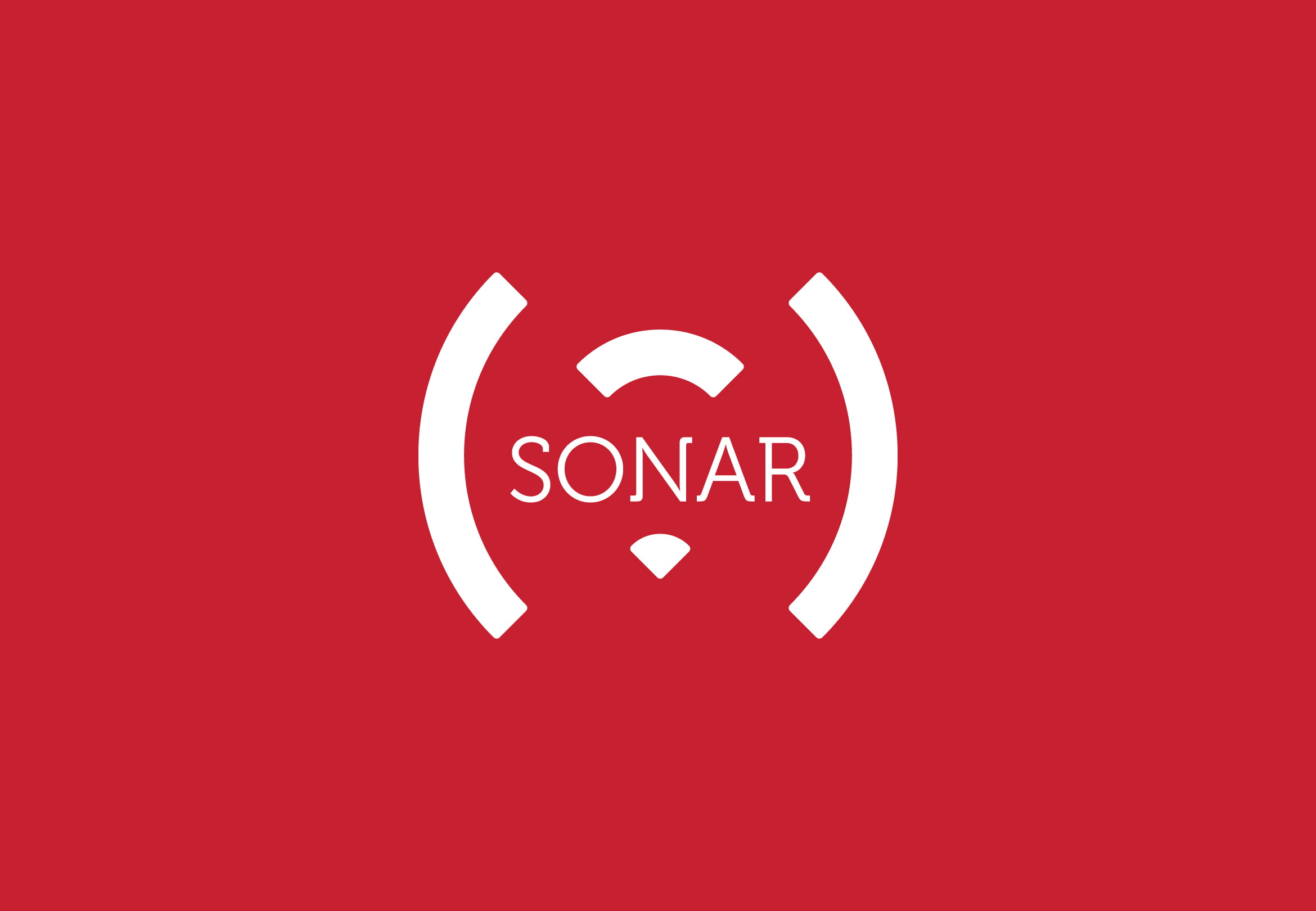 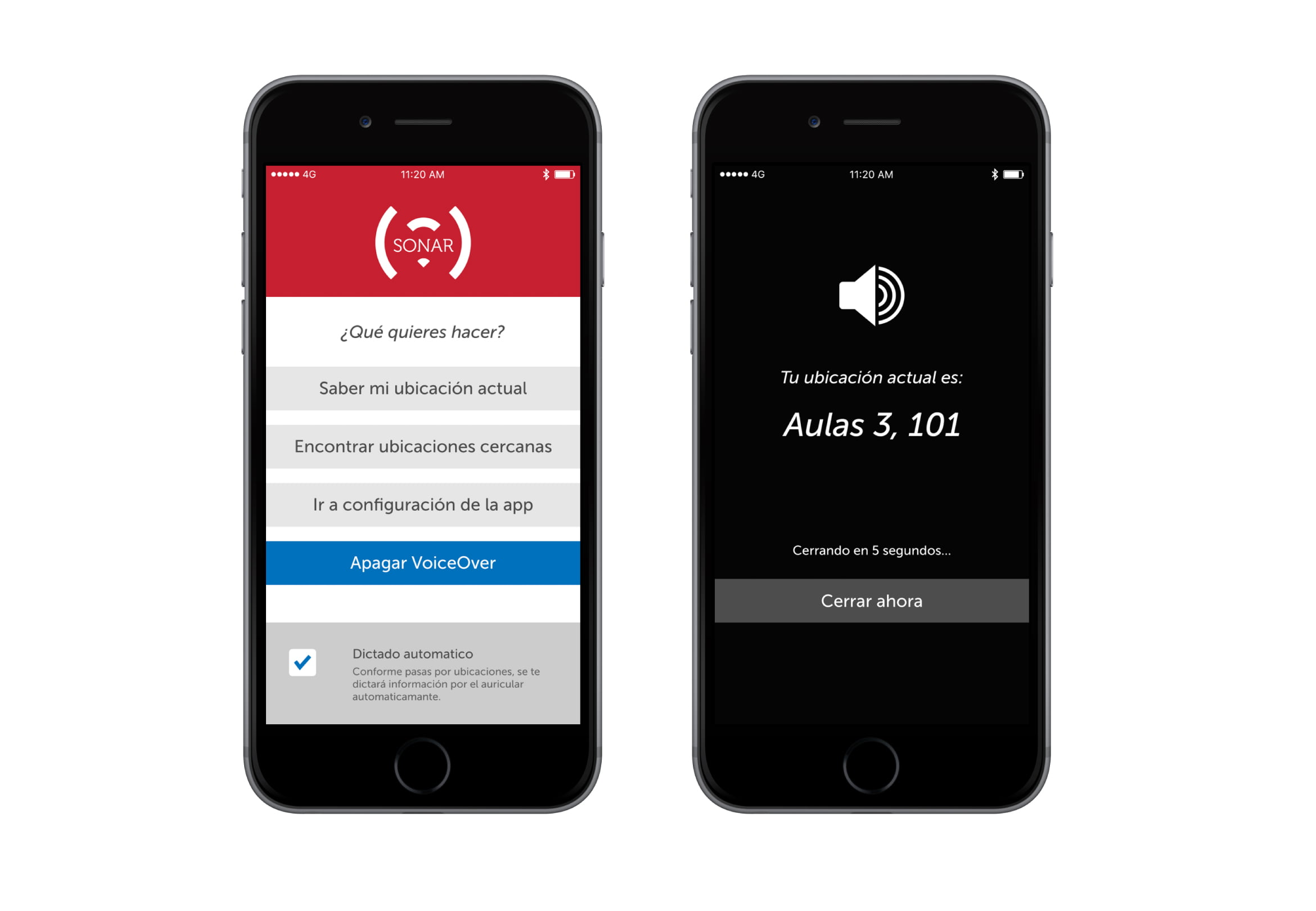 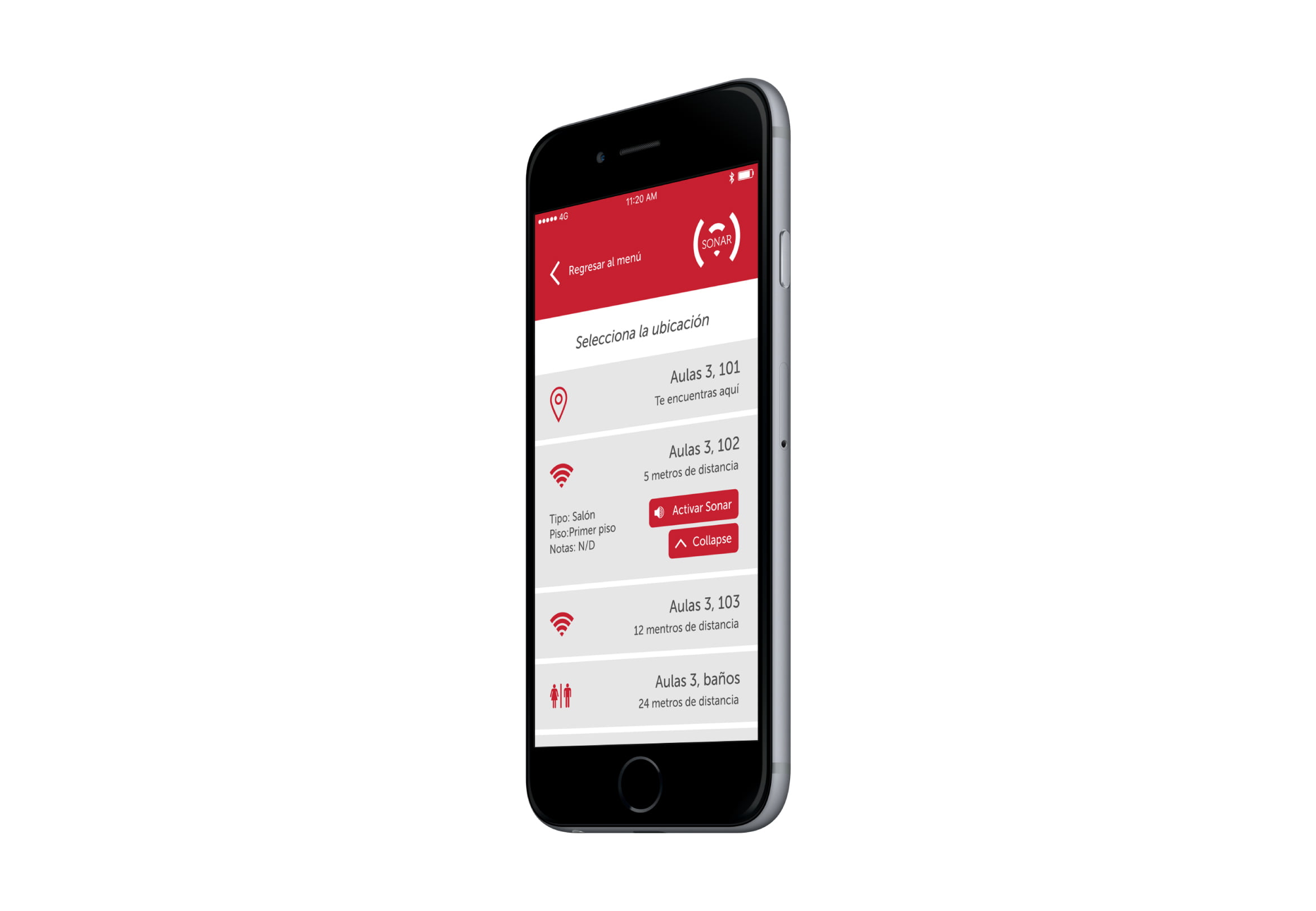 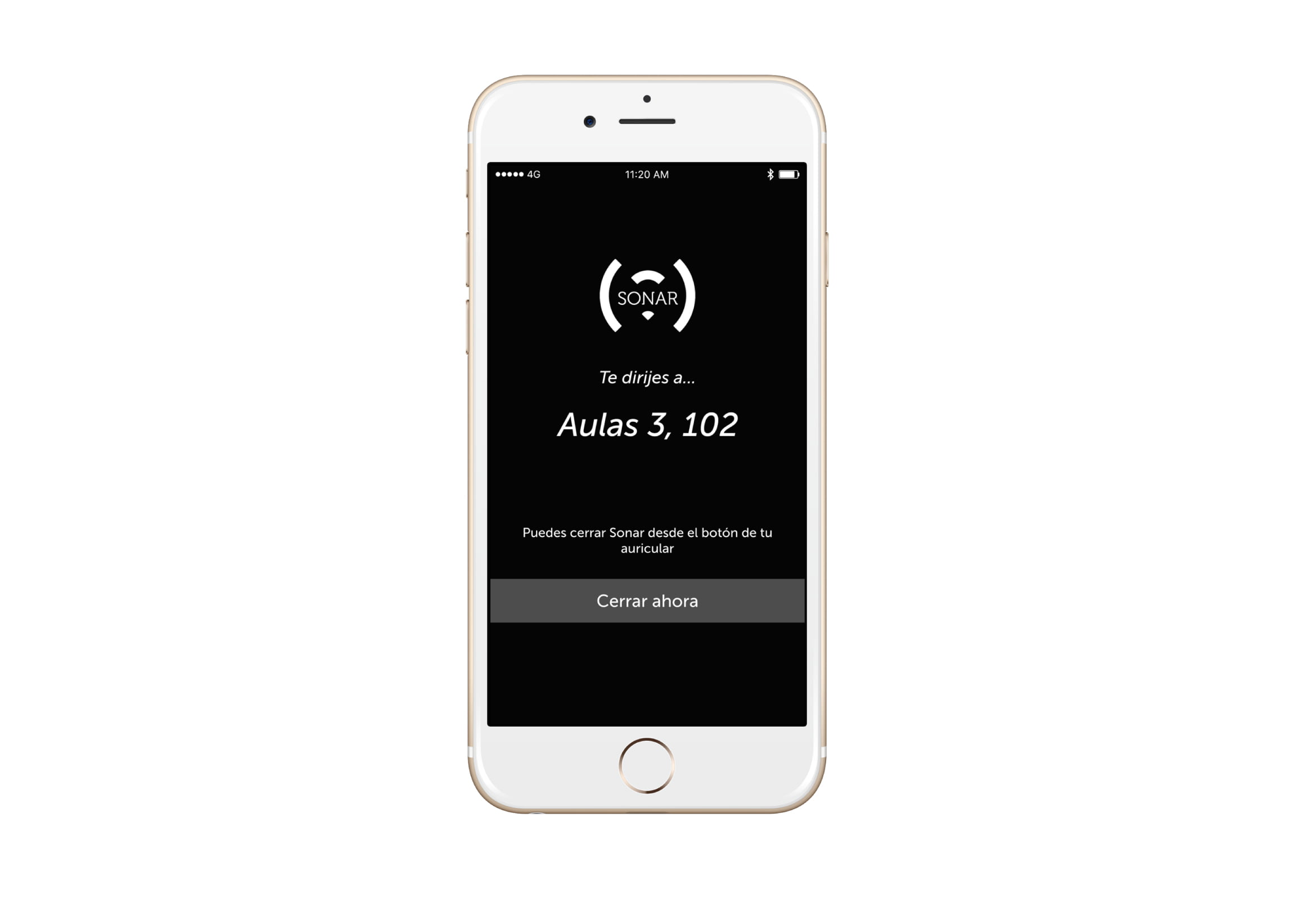